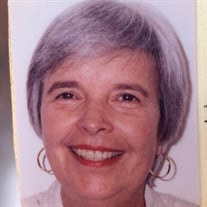 Mrs. Barbara Nell Froman, age 86, passed away on Friday, November 6th, 2019 at Ogeechee Area Hospice Inpatient Facility in Statesboro. Barbara was a descendent of “Baron” Yost Hite, born near Bonfeld, Germany in 1685. Yost immigrated to America in 1710 with his entire family to escape Catholic persecution. In 1731 holding land grants totaling 140,000 acres, he moved his family into the Shenandoah Valley of Virginia, the first white settlers. Yost settled on Opequon Creek near present day Winchester. Paul Froman who married Yost’s daughter Elizabeth in 1728 settled on Froman’s Run on Cedar Creek, south of Strasbourg. In 1742, he built Froman’s Fort which still stands today. Paul migrated to Kentucky in 1778 with George Rogers Clark and is buried in the Pioneer Cemetery in Harrodsburg (oldest city in Kentucky). Other ancestors moved into the area, now Fort Knox, then crossed the Ohio River into Crawford County, Indiana. From there, James Froman (Barbara’s great-grandfather) was drafted into the Union Army at age 29 and passed through Millen, GA in December of 1864 with the war criminal Sherman, as the good general made old men, women, and children howl. Her father, Garland Shaw Froman, was drafted for WWI service then moved to Indianapolis where he met and married Nellie Marie Gorman, born in Killarney, Ireland. Barbara was born as the third child of that union on Thursday November 2nd 1933. Her mother died in 1939 and Barbara lived the next 5 years in St. Vincent’s Catholic Orphanage in Vincennes. She returned home after her father’s remarriage and graduated from high school at Jamestown in 1951. She worked the next 10 years for L.S. Ayres in Indianapolis, advancing to clothes buyer. In 1961 she moved to Georgia with her husband David Berry. For years she raised a child and kept a home. She retired after many years as City Clerk of Brooklet. Following retirement, she had sufficient money to indulge her love of shopping for clothes and jewelry. If it was pretty and was perceived a bargain, need had nothing to do with it. Belk’s was her favorite department store and at her death on Friday, she had more goods than they did. Barbara was an attractive young lady, intelligent, industrious, kind, and considerate, always of a mild and pleasant temperament, a model citizen. She is survived by her only child, Anell “C.A.” Berry of Idaho, her sister and niece, Joan and Barbara Jo of Texas, her sister Mary of Indiana, and former husband, David Berrry of Statesboro. The family would like to thank Ogeechee Area Hospice for their compassionate and tender care in their facility during her final days. She will be taken home to Two Chop to forever waft when the winds blow and drift when the rains fall. Services for Barbara will be private. Friends may sign the online register book at www.joineranderson.com Joiner-Anderson Funeral Home & Crematory of Statesboro is in charge of arrangements.

The family of Mrs. Barbara Nell Froman created this Life Tributes page to make it easy to share your memories.

Send flowers to the Froman family.