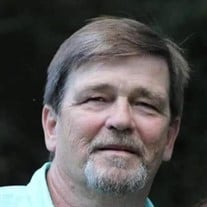 Statesboro, Georgia Mr. Billy Ray Kendricks, age 67, died September 26, 2021, at his residence under the care of Ogeechee Area Hospice. Billy was born in Columbus, Ohio and was raised in a military family, traveling with his father’s career. He was a 1972 graduate of Bluffton High School in Bluffton, SC, where he was active in their football program. Following high school, he worked various jobs until the mid 1980’s, when he began his career as a route salesman with National Linen Service and ultimately retired from Aramark Uniform Services in 2014. He moved to Statesboro from Savannah in 1993. He was a former member of the Savannah Jaycees. Billy was preceded in death by his parents, James L. Kendricks, Sr. and Joy Hudson Kendricks and his older brother, Clarence Kendricks. Surviving are his wife of 16 years, Cathy Johnson Kendricks of Statesboro; two sons, Stephen Kendricks (Trey Swain) of Savannah and Michael Kendricks (Amy) of Guyton; a step son Brent Shear (Amber) of Tallahassee, Fl; seven grandchildren and a brother James Kendricks, Jr. of Statesboro. The family will receive visitors on Wednesday September 29, 2021 from 5:00pm until 7:00pm at Joiner-Anderson Funeral Home in Statesboro. Funeral services will be Thursday September 30, 2021 at 11:00am in the chapel of Joiner-Anderson Funeral Home in Statesboro with Rev. Eric Rentz officiating. For those unable to attend and would like to view the services via livestream, may do so at https://www.facebook.com/groups/jafhlive/. Graveside services and burial will be Thursday at 2:00pm at the Bluffton Community Cemetery, 1166 May River Road, Bluffton, SC 29910. Pallbearers will be Stephen Kendricks, Michael Kendricks, Brent Shear, Rick Schmidt, Trey Swain and Andy Johnson. The family requests that memorial contributions be made to COPD Foundation.org or Leukemia and Lymphoma Society at lls.org. Friends may sign the online register book at www.joineranderson.com. Joiner-Anderson Funeral Home & Crematory of Statesboro is in charge of the arrangements.

Statesboro, Georgia Mr. Billy Ray Kendricks, age 67, died September 26, 2021, at his residence under the care of Ogeechee Area Hospice. Billy was born in Columbus, Ohio and was raised in a military family, traveling with his father&#8217;s career.... View Obituary & Service Information

The family of Mr. Billy Ray Kendricks created this Life Tributes page to make it easy to share your memories.

Send flowers to the Kendricks family.