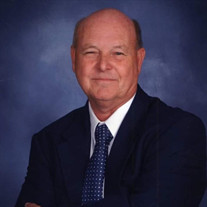 Brooklet, Georgia Mr. Claude Bacot Robertson, Jr., age 62, died Sunday December 26, 2021, at St. Joseph’s/Candler in Savannah after battling Covid for four months. Claude, known as Hopper or Clean Claude to his friends, was born in Bulloch County to Claude B. Robertson, Sr. and Oleta Kicklighter Robertson of Brooklet, Georgia. He was a 1977 graduate of Southeast Bulloch High School where he excelled at baseball. Following High school, Claude attended South Georgia College where he was a walk-on for the baseball team, he later attended Abraham Baldwin Agriculture College in Tifton and then transferred to Swainsboro Technical College where he received his associates degree as an electrician. Following his graduation, Claude began working with Starling Plumbing and Electrical in Statesboro and later worked with the Bulloch County Board of Education and Bulloch Memorial Hospital. Following his time with BMH, he began working Georgia Southern University Physical Plant where he was employed for 22 years. Claude was a member of Brooklet United Methodist Church where he had attended Sunday School and had been a member of the UMYF. Claude’s Greatest Passion was Fox Hunting, he was a member of the Ogeechee River Fox Hunter’s Association, the Dogyard Hunting Club and a former member of the Go-Bar Hunting Club. He was the owner of Hopper & Sons Kennel. Also an avid fisherman, Claude enjoyed many years of fishing with his dad. He was preceded in death by his parents and an Aunt, Elizabeth Kingery. Surviving are his sons Joseph (Jennifer) Robertson of Brooklet and Ryan (fiancé – Jessica) Robertson of Brooklet, grandchildren; Hunter Robertson, Reid Robertson, Sutton Robertson and Lakely Robertson, brothers Terry Robertson of Savannah and Kenny Robertson of Stilson, sisters and brothers-in-law Marsha and Donald Crosby of Statesboro and Linda and Carl Edenfield of Brooklet, the love of his life Kaye Spires and many nieces and nephews, and his Aunt Jimmie Lou Cook of Nevils. Visitation will be Tuesday, December 28, 2021 from 4:00 pm until 7:00 pm at the chapel of Joiner-Anderson Funeral Home Statesboro, Georgia. Funeral services will be Wednesday, December 29 at 11:00 am at the Brooklet United Methodist Church with Rev. Blake Hicks officiating assisted by Rev. Ricky Gilmore. The body will lie-in-state one hour prior to the service. Interment will be in Brooklet City Cemetery. Pallbearers will be Steve Frawley, Chris Oglesby, Marshall Lanier, Dana Archer, Jamie Hagan, Craig Brannen, Mike Markovcic and Freddie Ruarks and honorary pallbearers will be Bobby Parker and Keith Smith. The family request in lieu of flowers donations be made to The Methodist Home for Children & Youth 304 Pierce Ave., Macon, GA 31204 or the Brooklet United Methodist Church Memorial Fund 201 Parker Ave., Brooklet, GA 30415 Friends may sign the online register book at www.joineranderson.com Joiner-Anderson Funeral Home & Crematory of Statesboro is in charge of arrangements.

The family of Mr. Claude Bacot Robertson Jr. created this Life Tributes page to make it easy to share your memories.

Send flowers to the Robertson family.