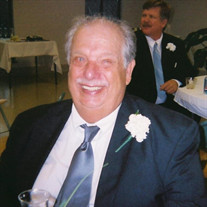 Statesboro, Georgia Clifford Ernest Bane, age 86, died on Wednesday, May 4, 2022, at Ogeechee Area Hospice inpatient facility in Statesboro, Georgia. Clifford was born July 12, 1935 in Manchester, New Hampshire to Vernard Ernest “Banie” and Evelyn “Bunny” Averill Bane. He grew up in Northwood, NH and attended Coe Brown Academy where he was active in many clubs and sports. Clifford married Cathryn Clark in 1961. He earned a Bachelor of Engineering degree from the University of New Hampshire and went to work for the U.S. Dept. of Navy until his retirement in the 90’s as a mechanical engineer. During his life Clifford enjoyed all sports. He was an avid fan of all Boston sports teams and loved to play golf. He was a 65-year member of Morrison Lodge AF and AM #90 in Northwood, NH and a past patron of the Order of Eastern Star. In retirement he used to put on his clown costume and travel the world with the Shriners Clown Patrol raising funds for the children’s hospital. Mr. Bane was also a veteran and former post commander with the American Legion in King George, VA. Preceding him in death were his parents, his first wife and mother of his children, Cathryn Clark Bane, his second wife Margret Wilkie Bane and brother Vincent “Mike” Bane. Surviving are his three daughters; Alice Conn (Michael) of Kansas City, Kansas, Peggy Widgren of Newton, New Jersey, Liesl Rowe (Darrell) of Brooklet, Georgia; grandchildren Frank Conn, Eugene Conn (Kelly), Lily Widgren, Billy Widgren, Christina Martin (Charlie), Josh Rowe, Tiffany Bingham (Nick); six great grandchildren and many nieces and nephews Visitation will be held on Wednesday, May 11, 2022 from 2:30 pm until 3:00 pm at Joiner-Anderson Funeral Home in Statesboro followed by a memorial service at 3:00 pm in the chapel. A private inurnment will be held at a later date. The family requests that any memorial contributions be made to The Shriner’s Children’s Hospital c/o Alee Temple P.O. Box 14147 Savannah, Georgia 31416 or Ogeechee Area Hospice P.O. Box 531 Statesboro, GA 30459. Services are streamed using Facebook Live through a private group. In order to view the service, log into Facebook and join the group “Joiner-Anderson Live Stream” at: https://www.facebook.com/groups/jafhlive/ . Friends may sign the online register book at www.joineranderson.com. Joiner-Anderson Funeral Home & Crematory of Statesboro is in charge of arrangements.

The family of Mr. Clifford Ernest Bane created this Life Tributes page to make it easy to share your memories.

Send flowers to the Bane family.