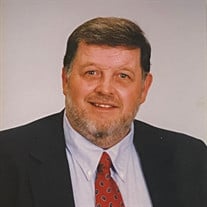 Franklin Drake Crenshaw Register, Georgia Franklin Drake Crenshaw, 78, of Register, Georgia, passed away at his home March 23, 2021. He was born March 16, 1943 in Laurens, South Carolina. He was preceded in death by his father, Luther (Luke) Orr Crenshaw (Savannah, GA), his mother, Alta Young (Crenshaw) Owens (Savannah, GA) and his nephew, William R. Jones (Aurora, CO). He is survived by his wife of 57 years, Martha Godfrey Crenshaw, his son Jeff Crenshaw (Register, GA), his daughter Julie Crenshaw (& Charlie Reilly - Newburg, MD), his grandchildren, Ryan and Emma Bicknell and Cameron, Noelle, Lucy & Gabriel Reilly, his sister Kay Crenshaw Jones (Greenville, SC), his nephew John D. Jones (wife Susanne & daughter Jessica) Huntersville, NC) and his niece Kathy Jones Raines (son Ryan Drake Raines, Greenville, SC). Frank grew up in the Piedmont area of South Carolina and moved with his family to Savannah, GA, in 1969. The Crenshaw family later moved to Bulloch County, where they have resided for the last 35 years. During his lifetime, Frank became a successful entrepreneur. He has partnered as well as owned and operated multiple waste management companies, mentoring various individuals throughout the years; many of which eventually came to own successful businesses themselves. Late in his career, Frank returned to his love of trucking as an owner/operator and is recognized as a member of the original and elite team responsible for hauling specialized, oversized windmill towers throughout the United States. Frank will forever be remembered for his willingness to share his wealth of knowledge and life advice to anyone and everyone. Visitation for friends and family will be held at Joiner-Anderson Funeral Home in Statesboro, GA on Sunday, March 28, 2021 from 3-5pm. A private family burial service will be held at a later date. Contributions in lieu of flowers may be made “in memoriam of Franklin D. Crenshaw” to Bethany Hospice, 109 Duval St. Claxton, GA 30417 or Union Baptist Church, c/o Cathy Neville, 1668 Neville Dairy Rd, Register, GA 30452. Friends may sign the online register book at www.joineranderson.com Joiner-Anderson Funeral Home & Crematory of Statesboro is in charge of arrangements.

The family of Mr. Franklin Drake Crenshaw created this Life Tributes page to make it easy to share your memories.

Send flowers to the Crenshaw family.