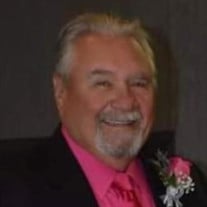 Gary Cleon Oglesby, age 75, passed away peacefully at Ogeechee Area Hospice in Statesboro on Friday, Jan 28, 2022. Gary was born Nov 15, 1946 to Ruby and Cleon Oglesby. He was a graduate of Claxton High School in 1964. He served his country in the Vietnam War. He married his childhood sweetheart, Pat, on March 12, 1966 and went on to attend Georgia Southern College and received his Bachelors of Science in Criminal Justice in 1979. Gary retired from the Georgia State Patrol after serving over 20 years. He enjoyed spending time with his family, cruising in his classic cars, fishing and serving his community. Gary was a member of Bulloch Bass Club, the Southern Cruisers Car Club, Alee Temple Shriners, Alee Temple Mobile Unit Car Club, the Sylvania Masonic Lodge and was a GA BASS Federation director for many years. He was a very active member in his community and will be greatly missed. He is survived by his wife of 55 years, Pat, his daughter, Shay (Dan) Foreman of Statesboro, a sister, Dale Williams of Alma, GA, granddaughters, Brittany Foreman of Searcy, AR, Kaisee Macneir of Varnville, SC, grandsons, Christopher and Leland Foreman of Statesboro, GA, a great-grandson and his 4-legged fur-baby Bella as well as several nieces, nephews and cousins. He was preceded in death by several family members. Visitation will be Wednesday, February 2, 2022 from 10:00am until 12:00pm at Joiner-Anderson Funeral Home in Statesboro, with a service at 12:00pm in the chapel of Joiner-Anderson Funeral Home. Pallbearers will be Jim Lanier, John Lanier, Josh Trickett, Chris Williams, Kirby Waters and Eddie Brock. Honorary Pallbearers will be Gerald Edenfield, Bulloch Bass Club members, Southern Cruisers members, Georgia State Patrol, All Temple Shriniers, Alee Temple Mobile Car Unit members, Sylvania Masonic Lodge #301 and Georgia Bass Federation Directors. There will be a private burial at Georgia Veterans Memorial Cemetery in Glennville, GA. The family will receive food and visitors at their home Sunday and Monday. Friends may sign the online register book at www.joineranderson.com . Joiner-Anderson Funeral Home & Crematory of Statesboro is in charge of the arrangements.

Gary Cleon Oglesby, age 75, passed away peacefully at Ogeechee Area Hospice in Statesboro on Friday, Jan 28, 2022. Gary was born Nov 15, 1946 to Ruby and Cleon Oglesby. He was a graduate of Claxton High School in 1964. He served his country... View Obituary & Service Information

The family of Mr. Gary Cleon Oglesby created this Life Tributes page to make it easy to share your memories.

Send flowers to the Oglesby family.