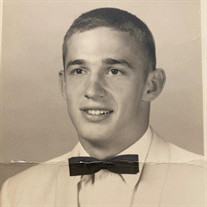 George Cooper Lamb of Statesboro, GA, formerly of Savannah, passed away on December 4th 2020 following a short illness. He was born in Tallahassee, FL on August 7th 1942 to Herbert and Irma Lamb, Sr. He moved to Savannah, GA at the age of four and resided there for most of his life. He graduated from Savannah High School in 1960. He was an excellent athlete and excelled at football, basketball, weightlifting, and track and field. He set multiple school athletic records as well as state records while attending Savannah High. He was offered a football scholarship to Florida State University but sustained a career ending football injury his senior year and was unable to attend FSU with his older brother Herbie Jr. He voluntarily joined the United States Army in 1964 and proudly and honorably served for two tours in the Vietnam War. He was stationed at Ft. Bragg with the 14th Engineering Battalion. While in the Army he was awarded The National Defense Service Medal, The Vietnam Service Medal and The Good Conduct Medal. Following his honorable discharge from the Army, he worked at Union Camp and later became a managing partner at Precast Concrete. After leaving Precast Concrete he started his own business, Quality Concrete and later formed Lamb Construction with his brother Herbie. Following Herbie’s death, he went to work for the Savannah Morning News from where he later retired. He held an accreditation from the American Concrete Institute (ACI) and was a member of the VFW #4392, Thunderbolt, GA. He was preceded in death by his parents, Herbert and Irma Lamb, Sr., his oldest brother, Herbert Lamb, Jr., his beloved maternal grandmother, Georgia Barber which was his namesake, and his nephew Herman “Roger” Letchworth III. He is survived by his daughter, Melanie Britt Padilla and her husband J.P. Padilla of Statesboro, his son, Cooper Arnold Lambandrake and his spouse Fritz Lambandrake of San Francisco, CA, his only sister, Jane Lamb Letchworth of Clearwater, FL, his younger brother, Edward Ashley Lamb of St. Juliene, France, and his former wife, Nancy Arnold Lamb of Savannah, GA, his three grandchildren that he absolutely adored, Tayler Jakubsen, Andrew Cooper Jakubsen, and Katherine Britt Jakubsen all of Savannah, GA, as well as several nieces and nephews. The family will have an end of life outdoor celebration at a later date, where friends and family will be invited. In lieu of flowers, the family has requested that any donations be made to; Associates of Vietnam Veterans of America, Inc., 8719 Colesville Road, STE 100, Silver Spring, MD 50910 or online at www.avva.org. Also, Amazon will donate to AVVA if you shop at smile.amazon.com Friends may sign the online register book at www.joineranderson.com Arrangements by Joiner-Anderson Funeral Home of Statesboro.

George Cooper Lamb of Statesboro, GA, formerly of Savannah, passed away on December 4th 2020 following a short illness. He was born in Tallahassee, FL on August 7th 1942 to Herbert and Irma Lamb, Sr. He moved to Savannah, GA at the age of four... View Obituary & Service Information

The family of Mr. George Cooper Lamb created this Life Tributes page to make it easy to share your memories.

Send flowers to the Lamb family.