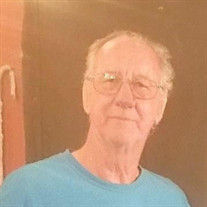 Townsend, Georgia Brooklet, Georgia The Man, The Myth, The Legend, Hinton Bascom Newman, age 72, died Monday February 1, 2021, in Vidalia, Georgia following a brief illness. He was born in Bulloch County to the late David and Sula Thompson Newman. Hinton was a 1967 graduate of Southeast Bulloch High School and a 1968 graduate of Cannons Barber College. He spent his “Senior Trip” from May of 1968 until April of 1970 serving in the U.S. Army during the Vietnam War, serving as a Stevedore, where he received a National Defense Service Medal, Vietnam Service Medal and Vietnam Campaign Medal. He returned to Brooklet in 1970 and met Berta Zoller in 1977. The two married in March of 1978. Hinton initiated the first Veterans of Foreign Wars in Bulloch County, serving as Commander of the post and Vice District. He was a life member VFW and a charter member of Post 3092, Brooklet, Georgia. Hinton and Berta started their construction company, H & B Construction in 1979, in 2005 became Old Rebel Construction, which took Hinton from Georgia, Colorado, New York to Vermont. He has different sculptures displayed around the World. He won first place multiple times for his woodwork at the Ogeechee Fair. He was active in the Brooklet Peanut Festival and assisted with the installing of the first flag pole in Brooklet. He was a member of Old Fellowship Baptist Church. Hinton and Berta moved to their coast home in Townsend, Ga at Shellman’s Bluff in 2005. Surviving are his wife, Berta Zoller Newman of Townsend; a son, Curtis A. Maye of Statesboro; two daughters and sons-in-law, Leitner and Brent Helfrich of Pembroke and Serena and Tommy Jenkins of Brooklet; four grandchildren, Heavenlee Ciara Maye (Robert), Christine Patience Newman, Breanna Helfrich (T.J.) and Virgil Jenkins; three great grandchildren; and a brother and sister-in-law, Kermit and Pat Newman of Statesboro. The family will receive visitors on Wednesday from 5:00pm until 8:00pm in the chapel of Joiner-Anderson Funeral Home in Statesboro. Funeral services will be Thursday at 2:00pm in the chapel of Joiner-Anderson funeral home with Rev. Harold Piet officiating. Interment will be in the Brooklet City Cemetery. Pallbearers will be Robert Hatfield, Joey Popp, Frank Hardy, Marcus Hursey, Michael Zoller, Tyler Ward, Jamie Baker, Matt Gordon and Michael Popp. Friends may sign the online register book at www.joineranderson.com. Joiner-Anderson Funeral Home & Crematory of Statesboro is in charge of the arrangements.

The family of Mr. Hinton Bascom Newman created this Life Tributes page to make it easy to share your memories.

Townsend, Georgia
Brooklet, Georgia
The Man, The Myth, The Legend,...

Send flowers to the Newman family.