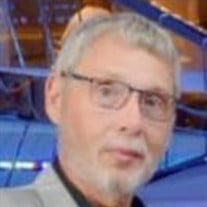 Colquitt, Georgia Dr. J. Allen Kicklighter, age 64, died October 16, 2021 at Piedmont Atlanta Hospital after a long illness. The Evans County native had lived in several locations as he moved with his career, most recently in Colquitt, GA, where he was the retired superintendent of Miller County Schools. He formerly worked with Burke County Schools as an assistant principal, Testing Director and last as Director of Federal Programs, was an assistant principal and school psychologist with Jefferson County Schools, and worked with Ogeechee GNETs as a program coordinator and school psychologist. Dr. Kicklighter was a graduate of Claxton High School, and graduated from Georgia Southern University with his Bachelor of Science in Psychology, Masters in School Psychometry, Educational Specialist in School Psychology, and his Doctorate in Educational Administration. He was a member of the Colquitt Lions Club, prior to his declining health, and had been active in numerous education related associations, including the Georgia Association of Educational Leaders. He was a member of the First Baptist Church of Waynesboro, attended Colquitt First United Methodist Church, and was a veteran of the U.S. Air Force. He is preceded in death by a son, Jonathan Kicklighter; his father, J. W. Kicklighter; his mother, Mildred S. Heath; and his step-father, Terry Heath. Surviving are his wife, Gray M. Kicklighter of Colquitt; two children, Dr. Jackson Kicklighter of Norfolk, VA and Taylor Kicklighter of Smyrna, GA; two sisters, Sandra (David) Todd of Claxton and Glenda Morris of Statesboro; a brother, Jim Kicklighter of Ludowici; a step-sister, Julie (Robert) Dunay of Bellevue, PA; and several nieces and nephews. Visitation for Dr. Kicklighter will be Thursday, October 21, 2021, from 3:00 until 4:00 pm at Joiner-Anderson Funeral Home in Statesboro, GA. The funeral service will be Thursday, October 21, 2021 at 4:00 pm in the chapel of Joiner-Anderson Funeral Home. Burial will be in Bulloch Memorial Gardens in Statesboro. The family asks that those attending observe COVID-19 precautions. Remembrances may be made to American Kidney Fund (www.kidneyfund.org), the Georgia Transplant Foundation (www.gatransplant.org, or to Colquitt United Methodist Church. Friends may sign the online register book at www.joineranderson.com. Joiner-Anderson Funeral Home and Crematory of Statesboro is in charge of arrangements.

The family of Dr. J. Allen Kicklighter created this Life Tributes page to make it easy to share your memories.

Send flowers to the Kicklighter family.