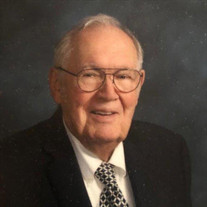 Obituary for James Daniel Blitch III James Daniel Blitch III (Dan) of Athens, Georgia passed away on March 17, 2021 at the age of 88. He was born on July 11, 1932 in Statesboro, Georgia, the second of two children of Agnes Atkinson and James Daniel Blitch, Jr. Dan grew up in Statesboro surrounded by extensive family. His lifelong interest in business developed early through a wide variety of jobs. Most important was his beloved hamburger stand, which he ran for several years to help pay for college. He was shaped immeasurably by Dixie Camp for Boys. He graduated from Statesboro High in 1949. Dan attended the Georgia Institute of Technology, graduating in 1953 with a degree in Industrial Engineering. He was president of the Student Council and served on the board of the Athletic Association. He was elected to ANAK and ODK and was a member of the Alpha Tau Omega fraternity. After Georgia Tech, he worked for Kurt Salmon Associates (KSA) during 1953-59. He received his MBA, with distinction, from Harvard Business School in 1961. Dan fell in love with Dorothy Lee Daniel (Dottie) while working for KSA. They married on August 20, 1960 in Statesboro. Their abiding love for each other was the foundation for the life they shared. They treasured their time in Boston during Dan’s second year at Harvard and afterwards in Dallas when he returned to KSA. In 1963, Dan and Dottie moved to Winder, Georgia where he joined Barrow Manufacturing Company which he helped lead for 20 years. He and Dottie started a family and raised their three children in Winder, a community they cherished. In 1990, they moved to Athens where Dan as a Yellow Jacket took on the role of missionary, with not one convert. He co-founded two businesses, Chardan, Ltd. in Thomson and South Georgia Apparel in Statesboro. Dan was president of the Chamber of Commerce in Winder and charter president of the Rotary Club there and later a Rotarian in Athens. He was a director of the American Apparel Manufacturers Association and a past chair of its Technical Advisory Committee. Dan served on the boards of Bank South in Winder, Athens Regional Health System and Lanier Gardens in Athens, and Wesley Woods in Atlanta. He was a trustee of the Georgia Tech Alumni Association and a member of the Georgia Tech Engineering Hall of Fame. A cornerstone of his life was his deep faith. He loved the Methodist Church and at various times chaired the Pastor Parish Relations Committee in both Winder and Athens and was a trustee in Athens. Dan loved all things Georgia Tech. Lifelong friends, the Ramblin’ Wreck fight song, the football team, and memories of Coach Dodd were top of the list. The North Carolina mountains were a part of him and the fabric of treasured family times. Swimming in Lake Fairfield and morning sunrises over the lake always renewed him. He was endlessly devoted to his family, friends, church, community, and country. Few things pleased him more than telling a good story, which he did often. Dottie, his wife of 60 years, survives him. His three children and their spouses, James Daniel Blitch IV and Anne, Elise Blitch Drake and Carl, and Bird Daniel Blitch and Anna, also survive him, along with six grandchildren: Katherine Daniel Drake, Emily Atkinson Drake, Elisabeth Callaway Blitch, James Daniel Blitch V, Eleanor Frances Blitch, and Bird Daniel Blitch, Jr. His parents and sister Agnes Kennedy predeceased him. A private memorial service will be held at the Athens First United Methodist Church on Thursday, March 25, 2021 at 11 a.m., which due to Covid restrictions will be livestreamed at vimeo.com/showcase/Sunday-service. The service can also be accessed from www.athensfirstumc.org under the Worship Online section on the homepage. A family graveside service will be held at Eastside Cemetery in Statesboro. In lieu of flowers, gifts in Dan’s memory can be made to the Athens First United Methodist Church, 327 N. Lumpkin Street, Athens, GA 30601, or Georgia Tech Foundation, Inc., 760 Spring Street, NW, Suite 400, Atlanta, GA 30308. Friends may sign the online register book at www.joineranderson.com. Joiner-Anderson Funeral Home and Crematory of Statesboro is in charge of the arrangements.

The family of Mr. James Daniel Blitch III created this Life Tributes page to make it easy to share your memories.

Send flowers to the Blitch family.