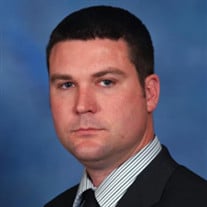 Statesboro, Georgia & Metter, Georgia Mr. James David “Jamie” O’Sullivan, age 51, passed away Monday at his residence. The native of Statesboro was raised in Effingham County. He was a graduate of Effingham County High School and Georgia Southern University. Jamie began his law enforcement Career in 1999 as a police officer with the Savannah Police Department and began his employment with the Georgia Bureau of Investigation on March 16, 2007. He was assigned to the State Drug Task Force and the Tri-Circuit Drug Task Force before transferring to the Region 5-Statesboro Regional Office in 2009, where he was assigned as a Special Agent III-Crime Scene Specialist. Jamie was a great mentor, coworker, and friend. He was preceded in death by his maternal grandparents, Bernice and Ernest Marsh and his uncles, Ricky Marsh and Larry Marsh. Surviving are his two sons, Gavin O’Sullivan of Atlanta and Jake O’Sullivan of Rincon; his parents, Gwenda Marsh O’Sullivan and William O’Sullivan of Guyton; his girlfriend, Andrea Caraway of Metter; a brother, Dennis O’Sullivan of Atlanta and four sisters, Angela O’Sullivan Zoltners of North Carolina, Rachel O’Sullivan Martin of South Carolina, Joan O’Sullivan Hagan of Atlanta and Tara O’Sullivan of Guyton. Additionally, he is survived by several nieces and nephews, Julia Zoltners, Eric Zoltners, Natalie Zoltners, Matthew Zoltners, Liliy Martin, Sophie Martin, Connor Hagan, Ethan Hagan, Nyall Ferbert, Annabelle Ferbert and Ava Kennedy. The family will receive visitors on Thursday from 4:00pm until 7:00pm in the chapel of Joiner-Anderson Funeral Home in Statesboro. Funeral services will be Friday at 11:00am in the chapel of Joiner-Anderson Funeral Home in Statesboro. For those desiring to view the service via livestream, may do so by joining the group “Joiner-Anderson Live Stream” at https://www.facebook.com/groups/jafhlive/. Interment will be in Bulloch Memorial Gardens. Pallbearers will be the Georgia Department of Natural Resources Honor Guard. Honorary Pallbearers will be members of the Georgia Bureau of Investigation. Friends may sign the online register book at www.joineranderson.com. Joiner- Anderson Funeral Home & Crematory of Statesboro is in charge of the arrangements.

The family of Mr. James "Jamie" David O'Sullivan created this Life Tributes page to make it easy to share your memories.

Send flowers to the O'Sullivan family.