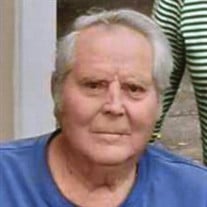 Statesboro, Georgia Mr. Joe Martin Newsome, age 89, died Tuesday November 30, 2021, at his residence under the care of Ogeechee Area Hospice. The Portal, Georgia native was a 1949 graduate of Portal High School. Joe joined the U.S. Air Force in 1951 and served until his honorable discharge in 1954. Joe returned home and began working with Collins Frozen Foods in Statesboro and later began his career with Rockwell Mfg. which later became Brooks Instrument, where he retired following 38 years of service. Joe was a member of the former Langston United Methodist Church. He was a member of the “Ten Supper Club”. Joe was preceded in death by his parents, Roger Holland Newsome and Kittie Woodcock Deal; his step father, Lewis Deal and a sister, Hazel Prewitt. Surviving are his wife of 51 years, Lila Joiner Newsome of Statesboro; a son, Marty Newsome of Statesboro; two step sons, Charles and Deana Motes of Statesboro and David Motes of Statesboro; three grandchildren, Travis Motes of Germany, Audra Braswell of Guyton and Madalyn Motes of Gainesville, Ga.; three great grandchildren; a step sister, Evelyn Smith of Bloomingdale and three step brothers and their wives, Julian and Frances Deal, Freddie and Elise Deal and James and Carolyn Deal all of Statesboro. The family will receive visitors on Friday from 1:00pm until 2:00pm at Joiner-Anderson Funeral Home in Statesboro. Funeral services will follow the visitation at 2:00pm in the chapel of Joiner-Anderson Funeral Home with Rev. Larry Bird officiating. Interment will be in Langston Cemetery. Pallbearers will be Barry Deal, Tony Deal, Joey Smith, Louis Fuentes, Ray Malone and Robbie Deal. The family would like to express their gratitude to Ogeechee Area Hospice staff and their director of nursing Cindy Hormel, for their love and care of Joe during his illness. The family requests that memorial contributions be made to Ogeechee Area Hospice, P.O. Box 531, Statesboro, Georgia 30459. Friends may sign the online register book at www.joineranderson.com. Joiner-Anderson Funeral Home & Crematory of Statesboro is in charge of the arrangements.

The family of Mr. Joe Martin Newsome created this Life Tributes page to make it easy to share your memories.

Send flowers to the Newsome family.