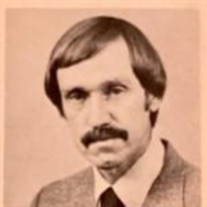 John Ballard Humma, 81, died on Tuesday, November 2, 2021, ending a thirteen-year battle with Parkinson’s and Lewy Body Disease. He was at home being cared for by loved ones under the supervision of Ogeechee Area Hospice. John was born in Rosiclare, Illinois in 1940 to James Bernard and Wisteria (Flanagan) Humma. He grew up in Metropolis, Illinois, a town of 7000 on the Ohio River, and enjoyed an idyllic childhood in the close-knit community, forming friendships that endured through his lifetime. His grandfather, a first-generation German, established Humma’s Drug Store, where John worked during his youth as a soda jerk. “Serving you since ’92” (that’s 1892) was the store’s motto. A natural athlete, John played varsity basketball and baseball in high school, and later played tennis regularly and golf periodically - although to the dismay of those who played golf more often, John frequently won. He received his undergraduate degree from George Washington University and during that time worked as an elevator operator in the senate office building, ferrying the likes of Lyndon B. Johnson, Ted Kennedy, Strom Thurmond and others to their various destinations. In 1963, as part of the entourage of Illinois Senator Paul Douglas, he witnessed Martin Luther King Jr.’s “I Have a Dream” speech from a position on the Capitol steps “not far from Mahalia Jackson” during the historic March on Washington. John earned his PhD in English Literature from Southern Illinois University. John Humma was a professor of literature at Georgia Southern University from 1969-2006. He acquired a reputation as a rigorous instructor and held students to a high standard, but he was fundamentally kind and scrupulously fair. John received both the University’s Excellence in Research Award and the Ruffin Cup, which recognizes the highest achievement in teaching, scholarship, and service in the College of Arts and Humanities. John both served on the Honors Council and taught in the Bell Honors Program from its inception in 1982 until he retired. As the director of the graduate studies in literature program John mentored many graduate students as their thesis advisor. He organized and led tours to the United Kingdom as part of his course “Spirit of Place in British Literature.” As a scholar and literary critic, John published articles on a wide range of literary topics and a book, Metaphor and Meaning in D.H. Lawrence’s Later Novels. He also published both short fiction, poetry, and a widely read essay on Walker Percy which appeared in Southern Living Magazine. He generously shared his insights into authorship with the aspiring writers in his classes. Perhaps Humma’s signature contribution to Georgia Southern University was establishing the Cinema Arts Series in 1983. During a time when art house cinemas were rare, the series provided weekly screenings of films by international luminaries as well as unconventional American films. Years after graduating, former students continue to credit his profound influence on their approaches to literature, their taste in movies, and their own teaching styles. John is preceded in death by his parents, beloved grandmother Bertha (Berchie) Field Flanagan, and sister Mary Sue Humma. He is survived by (again, his words) “his mainly patient and extra-loving wife,” Susan DeGange Humma; his children Lari Humma Cavallari (Andy), Julie Humma Castiglia (Craig), Lizzie Humma Rollins (Chris), and James Field Humma; his grandchildren Clare Cavallari, Meg Cavallari, Ryan Castiglia, Braden Castiglia, Carly Castiglia, Christopher Rollins, and Dorothy Rollins. He also leaves behind a sister, Elizabeth Huber (Charles), cousins, nieces, nephews, and numerous friends. John will be remembered for his quiet intelligence, keen insight, and wry sense of humor. Services for John will be held at the Botanic Garden at Georgia Southern University on November 12, 2021 at 11 am. In lieu of flowers, contributions may be made to the Dr. John B. Humma Memorial Scholarship Fund Georgia Southern University Foundation P. O. Box 1107 Statesboro GA 30459 http://www.georgiasouthern.edu/give Friends may sign the online register book at www.joineranderson.com. Joiner-Anderson Funeral Home & Crematory of Statesboro is in charge of the arrangements.

John Ballard Humma, 81, died on Tuesday, November 2, 2021, ending a thirteen-year battle with Parkinson&#8217;s and Lewy Body Disease. He was at home being cared for by loved ones under the supervision of Ogeechee Area Hospice. John was born... View Obituary & Service Information

The family of Mr. John Ballard Humma created this Life Tributes page to make it easy to share your memories.

Send flowers to the Humma family.