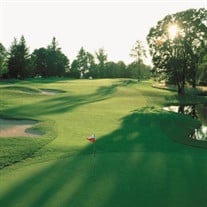 Statesboro, GA John William (Bill) Self Jr. Mr. Bill Self departed this earth for his heavenly home on Monday, May 24, 2021, after an extended illness. Born February 18, 1940 in North Augusta SC to the late John William Self Sr. and Francis Cartledge Self. He married his high school sweetheart Gwen Bragg Self. He graduated from North Augusta High school where he lettered in football and baseball. He was self-educated having attended schools and seminars sponsored by Belk Stores including several presented by the American Management Association. He worked for Belk Department Stores in Augusta as shoe buyer and floor manager for 6 years. He and Gwen had two young children Debbie and Will when he moved to Statesboro as manager of Belk Department Store in 1966. He worked at Belk Stores in Augusta, Statesboro and Gainesville Ga. for a total of over 39 years. He was manager of the Statesboro store for 26 years and was manager when Belk opened the current Statesboro Mall store in 1971 and expanded it in 1989. He retired after serving 7 years as manager of the Gainesville Georgia Store. He was awarded Belk’s highest achievement award (pacesetter) 3 times in Statesboro and 2 twice in Gainesville. He retired from Belk Stores in 1998. Upon retirement he and Gwen returned to make their home in Statesboro. He has served as president of The Statesboro Bulloch Chamber of Commerce, The Georgia Southern University Foundation, Forest Heights Country Club, Statesboro Kiwanis Club and Statesboro Mall Merchants Association. He enjoyed golfing, salt water fishing and traveling, particular cruising the Caribbean -Islands, Alaska and Northeast coast to Quebec with good friends. Preceded in death by his father John William Self Sr, mother Francis Cartledge Self, brothers, Thomas Henry Self, and David Wayne Self. Surviving are his wife of 61 years Gwen Bragg Self, daughter Debbie Self Smith, son in law J.L. Smith of Waycross one son George William (Will) Self, daughter in law Misty Parker Self of Statesboro, one Grandson William Trent Self and four sisters in law, Gail Bragg Driscoll, Tampa, FL, Cheryl Bragg Murtaugh, Greer, SC, and Vicki Bragg Neupauer, Citrus Springs, FL and Eulaween Self Sheldon of North Augusta, SC. A visitation will be held on Thursday, May 27, from 10am-11am with services at 11am at the chapel of Joiner- Anderson Funeral Home with Dr. William Perry and Dr. John Waters officiating. Honorary pallbearers will be The First Baptist Church Open Door Sunday School Class members. Interment will be private. The family requests that memorial contributions be made to Ogeechee Area Hospice, P.O. Box 531, Statesboro, GA 30459 or charity of donor’s choice. Friends may sign the online register book at www.joineranderson.com. Joiner-Anderson Funeral Home & Crematory of Statesboro is in charge of the arrangements.

Statesboro, GA John William (Bill) Self Jr. Mr. Bill Self departed this earth for his heavenly home on Monday, May 24, 2021, after an extended illness. Born February 18, 1940 in North Augusta SC to the late John William Self Sr. and Francis... View Obituary & Service Information

The family of Mr. John William "Bill" Self Jr. created this Life Tributes page to make it easy to share your memories.

Send flowers to the Self family.