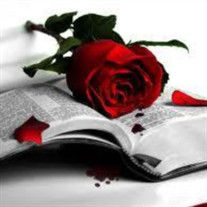 Register, Georgia Rev. Dr. Loren William Snyder, II, age 75, died Tuesday at his residence. Born in St. Paul, Minnesota, he graduated from St. Paul High School. Following his graduation, he joined the U.S. Navy where he served for four years. He returned from his military service and enrolled in Baptist Bible College, Springfield, MO, receiving his Bachelor’s Degree and later attended Central Seminary, in St. Paul, where he obtained a Master of Divinity. He later returned to Central to receive his Doctorate of Ministry. Following his education, Dr. Snyder pastored Westside Baptist Church in St. Paul and served for several years as an evangelist. He later pastored Anchor Baptist Church in Seymour, Indiana. He and his family then moved to Waycross, Georgia where he served as the Administrator of Southside Christian School. He later accepted a position as Pastor of Maranatha Baptist Church in Waycross, where he served for 20 years, until his retirement. He and his family moved to Bulloch County in December of 2020. He was currently a member of Bible Baptist Church in Statesboro. Surviving are his wife, Margo Snyder of Register; a daughter, Emily Snyder of Register; two sons, Loren William Snyder III of Paola, Kansas and Jemal McNabb of Louisburg, Kansas; two grandsons, Gavin and Justin Snyder of Register and a sister, Charlotte Brown of St Paul, MN. The family will receive visitors on Wednesday August 11, 2021, from 10:00am until 11:00am in the chapel of Joiner-Anderson Funeral Home in Statesboro. Funeral services will follow the visitation at 11:00am, with Pastor Chris Holden officiating. Interment with military honors will be at the Georgia Veterans Memorial Cemetery in Glennville, Georgia. Friends may sign the online register book at www.joineranderson.com. Joiner-Anderson Funeral Home & Crematory of Statesboro is in charge of the arrangements.

The family of Rev. Dr. Loren William Snyder II created this Life Tributes page to make it easy to share your memories.

Send flowers to the Snyder family.