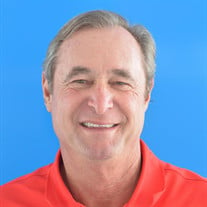 Martin Walton NeSmith The world lost a very special man; who was loving, gracious and kind. He was a loving husband, great father, amazing brother, wonderful friend, fantastic boss, and the best friend anyone could ask for. Martin Walton NeSmith, 72, of Claxton and Shellman Bluff, passed away November 17, 2020, at his home. Martin was born in Nevils, Georgia, on November 1, 1948. He attended Southeast Bulloch High School in Brooklet, Georgia, and then graduated with a BS in Business Management from Georgia Southern College in 1970. He was President of Pi Kappa Phi Fraternity. Following his college graduation, he served in the National Guard. He began his career with Siefert Equipment, an automobile parts distributor. In 1974, he purchased the Chevrolet dealership in Claxton, Georgia, and became the youngest dealer in the United States at the age of 24. He was a man of integrity; he would always do what he said he would do. This is one reason he was such a good businessman—along with the fact that he never met a stranger. He absolutely loved being in the car business, and he loved his customers. He revolutionized the car business in the early 90’s with No Hassle Buying. He wanted every customer to be treated as an honored guest every time, without fail, no exceptions. He was not only a great car guy, but he had heart for giving back to others what God had so graciously given to him. He expanded his dealership holdings to include dealerships in Hinesville and Jesup, as well as a used car dealership in Statesboro and a rental car company in Claxton. Martin lived with Suzette, his wife of 50 years, and they were a team in every aspect of life. They attended church and sang in the choir at First Baptist Church in Claxton for many years. They began attending Shellman Bluff Baptist Church in 2015. Martin was a wonderful philanthropist in his communities and beyond. His love and financial support of Georgia Southern University never declined. He served on multiple boards for Georgia Southern University, to include the state Board of Regents. He was a graduate of Leadership Evans and Leadership Georgia and was a leader in every sense of the word. He served on state and national boards, including the Georgia Automobile Dealers Association and the National Automobile Dealers Association. In 2001, he received the highest honor an automobile dealer can achieve, the Time Magazine Quality Dealer of the Year Award. He was a proud member of the Gridiron Society for many years. He gave of his time, money, and talents to countless civic organizations, churches, and other organizations. The NeSmith family was a major contributor to many organizations in Evans and Wayne Counties, including the United Way, Red Cross, local Recreation Departments, Pinewood Christian Academy, 4-H Clubs, Evans County Christian Food Bank and many more. He supported the local school systems and booster clubs in Evans, Wayne and surrounding counties. He served on local boards within the community, including the local Chamber of Commerce, Rotary Club, and the Evans Memorial Hospital Authority. With his partners, he also built a local medical clinic in Shellman Bluff to be utilized by those with and without medical insurance. He had many personal interests to include fishing, hunting all over the world, traveling with Suzette and golfing. He was one of the founders of Shellman Bluff Acquisitions, LLC, and owner of Shellman Bluff Golf Club(Sapelo HammocK). His leadership, generosity and passion significantly contributed to its success. He was amazing man, who knew how to lead by example. He did this not only for his employees but also in his family life. He taught his children and grandchildren what it meant to work hard and be fair. He always put family first; he loved his wife, children and grandchildren like no other. He also loved his two sisters, Judy and Sonya. He knew what it meant to be the only boy in the house and what came with that: love and protection. He was truly a great man! His heart of kindness and caring was recognized by everyone and Suzette was his anchor and guiding light. Above all he loved God. He made sure that his family was in church every Sunday. He wanted everyone to know that his relationship with God is what drove his desire to be a good husband, father, and businessman. Every building he built he made sure there was a plaque that said “Dedicated to the Glory of God” posted that everyone could see. He will be sorely missed by all, especially by his wife, his children, grandchildren, siblings, extended family, employees, and friends. But, one thing is for sure, he is sitting at the feet of Jesus giving Glory to the Most High King and singing Hosana, Glory to God in the highest, where Jesus will welcome him with open arms and say, “Well done, good and faithful servant!!!” He is preceded in death by his father, Walton NeSmith, and his mother, Lavada NeSmith. He leaves behind his wife of 50 years, Suzette; two sons, Demere (Ashley) and Chad (Mallory), as well as five grandchildren: Demy, Caleb, Chevy, Tyler Mari, and Mela Vada. He is survived by his two sisters, Judy (George) Chappell, Sonya (Hubert) Tucker, two brothers-in-law and sister-n-law Frank (Ann) Proctor, Phillip (Tut) Proctor and Beth (Joe) Mathews, as well as many nieces, nephews and cousins. A celebration of life will be held outside on Sunday, November 22, 2020 at 2:00pm at Sapelo Hammock Golf Club, 1354 Marshview Drive NE, Shellman Bluff, Georgia 31331. The family welcomes all who feel comfortable attending. In lieu of flowers, the family requests remembrances be sent to: Lavada Ministries (240 N Main Street, Statesboro, GA 30458) Delight in the Lord Ministries (PO Box 183, Brooklet, GA 30415) Epworth by the Sea (PO Box 20407, St. Simons Island, GA 31522 www.epworthbythesea.org) Sapelo Hammock Golf Club Martin NeSmith Project Fund (Attn: General Manager, 1354 Marshview Drive NE, Shellman Bluff, Georgia 31331 ). Friends may sign the online register book at www.joineranderson.com. Joiner-Anderson Funeral Home & Crematory of Statesboro is in charge of arrangements.

The family of Mr. Martin Walton NeSmith created this Life Tributes page to make it easy to share your memories.

The world lost a very special man; who...

Send flowers to the NeSmith family.