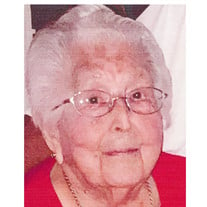 Mrs. Mary Evelyn Motes Aldrich, 98, passed away peacefully February 7, 2022 under the loving care of Ogeechee Area Hospice. Mary Evelyn was born in Bulloch County, Georgia November 24, 1923 to Clayborne Motes and Lizzie Deal Motes. She and her husband of 65 years, Raleigh Aldrich, lived and farmed in the Westside Community since 1948. Mary had made the Westside Community her home all her life, and she always stated that there was no place as beautiful as Bulloch County. Mary lived independently and maintained her garden until December 2021. She thoroughly enjoyed cooking, canning vegetable and fruits, making preserves and syrups, and tending her garden. She was well known for her southern cooking, especially her apple tarts, pound cakes, and fried chicken. She was a lifelong member of Bethlehem Primitive Baptist Church and dearly loved her Lord and church family. Mary was also recognized by her family as a walking genealogy book. Many times family members and friends would question her about people and incidents which occurred as far back as the early 1900’s. She would invariably give them names and dates and extend the conversation on to who these people were, their children, siblings, and dates when each was married and to whom they married. When she met a person for the first time, she would always question them about their family history. The ability to remember never left her. Mary was predeceased by her husband; a son James F. Aldrich; a daughter, Linda Aldrich Skrine; son-in-law, Jimmy Skrine; a granddaughter Karen Skrine Mock; a daughter-in-law, Wanda J. Aldrich, as well as her parents, one brother, and two sisters. Mary is survived by two sons; Joe Aldrich (Brenda) Statesboro; Bill Aldrich (Rita) Valdosta; three grandsons; Scott Skrine (Lanette) of Portal; Brian Aldrich, Valdosta; Jason Aldrich, Rome, GA; two granddaughters Marcia Aldrich Collins (Greg) Statesboro; Jennifer Aldrich Bowen (Kevin) Bishop, GA; daughter-in-law Linda C. Aldrich, Statesboro, GA. Also surviving are five grandchildren, eleven great grandchildren and four great-great grandchildren. Visitation will be held Wednesday from 4:00pm until 7pm at Joiner-Anderson Funeral Home Statesboro. Her funeral service will be Thursday at 11:00am in the Joiner-Anderson Funeral Home chapel with Elder John Scott officiating. Interment will be at Bulloch Memorial Gardens. The family requests that memorial contributions be made to Bethlehem Primitive Baptist Church 210 Jonathan Road, Statesboro, GA 30458 or to Ogeechee Area Hospice P.O. Box 531 Statesboro, GA 30459. Pallbearers will be Brandon Collins, Robert Hilton, Earl Motes, Keith Collins, Brian Aldrich and Kevin Bowen. Friends may sign the online register book at www.joineranderson.com . Joiner-Anderson Funeral Home & Crematory of Statesboro is in charge of the arrangements

The family of Mrs. Mary Evelyn Aldrich created this Life Tributes page to make it easy to share your memories.

Send flowers to the Aldrich family.