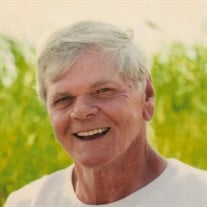 Michael Ronald Gitschlag 71, of Sylvania passed Saturday evening December 26, 2020 at his residence. The Detroit, MI native was born to the late Marvin Raymond and Annabelle McCoy Gitschlag. He was one of seven children. He was raised in Ohio and left high school to enlist in the US Army, where he obtained his GED. There, he would serve during the Vietnam War in Okinawa, Japan. After four years of service he resided in Colorado and Washington State where he was employed as a drywaller, a cabinet builder at Canyon Creek Cabinet Company and lastly before retirement he worked at Lowe’s Home Improvement in Mt. Vernon, Washington. He was a member of the American Legion and enjoyed tinkering on projects in his yard and home. His tinkering was to remodel their master suite, adding a bath and walk in closet. Michael also was an avid outdoorsman who enjoyed camping/glamping, he would glamp near their family home in Marysville, Washington and would take many trips to make the campsite just right at Kayak Point, Washington. He loved to spend time in the late evening watching and visiting around the campfire. His greatest love though was the time spent with his wife. He met Brenda at Canyon Creek Cabinet Company in 2000. They fell in love right away. He spent 20 years loving anything she loved and spending time with her and her family. She was his queen and he never let her forget it. The love he had for Brenda was incredibly apparent. This love made her family love him more. He learned to enjoy and love football, because she loved it. He spent many Sundays rooting for the New Orleans Saints (his choice). He was encouraged to root for the Seattle Seahawks by his wife and her daughter. In his later years, he enjoyed rooting for the Atlanta Falcons and always continued to root for the Hawks and the Saints. Michael was an avid comparison shopper, spending much time on the ad papers each week and going to many stores to get the “Right Price!” He loved a good deal. He was preceded in death by his parents and siblings, Richard Gitschlag, Carol Harold, Marilyn Gitschlag, Raymond Gitschlag, and Patricia Gitschlag. Survivors include his wife of 14 years, Brenda Geis of Sylvania; his children, Doug Brandt of Ohio, Robert(Bettina Priewe, PHD)Odin of Satow, Germany, and Michael Gitschlag of Colorado; Her children Renee Raison, Lake Stevens, WA and Dynee(Ryan) Colosimo, Catania, Sicily, Italy and one sister, Deborah Gitschlag of Colorado. He is also survived by Brenda’s siblings Roswell Bridger, Cheyenne, WY, Deborah(Darwin) Moore, Edgewater, FL, Theresa Schuldies, Cheyenne, WY, and Steve(Kate) Bridger, Del Ray Beach, FL, and a granddaughter Katlynn Raison, Lincoln, NE. A virtual service will be held at a date to be announced. Memorial contributions may be made to any National Cemetery or at https://www.cem.va.gov/ Friends may sign the online register book at www.joineranderson.com

Michael Ronald Gitschlag 71, of Sylvania passed Saturday evening December 26, 2020 at his residence. The Detroit, MI native was born to the late Marvin Raymond and Annabelle McCoy Gitschlag. He was one of seven children. He was raised in Ohio... View Obituary & Service Information

The family of Mr. Michael Gitschlag created this Life Tributes page to make it easy to share your memories.

Send flowers to the Gitschlag family.