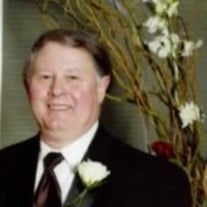 Michael “Mike” Benjamin Olliff, age 73, passed away quietly with his loving children at his side on Friday, January 22nd 2021 at East Georgia Regional Medical Center following a brief hospitalization due to a chronic medical illness. Mike was born in Metter, GA on September 9th 1947 to the late Mr. James Clifton Olliff and Mrs. Mae Cumming Olliff. He attended school in Statesboro, graduating from Marvin Pittman High School in 1965 with many honors in athletics including a scholarship to South Georgia College for basketball. While attending South Georgia College, he enlisted in the United States Air Force. Mike was a Vietnam veteran, having proudly served his country for 4 years. Following his honorable discharge from the Air Force, he returned to Statesboro where he was the manager of Meadow Gold Ice Cream, Inc. In later years, he worked with Southeastern Security Alarm, Inc. as a sales representative and at the time of his death, he was enjoying and working with Senior Care Pharmacy. In addition to his loving parents, Mike was preceded in death by his mother and father in law, Elder Ivy and Mrs. Mildred Dykes Spivey of Statesboro, and his brother in law, John Gary Baxley of Statesboro. Mike is survived by his daughter and son-in-law, Kimberly Olliff Deason and John Deason of Statesboro, his son, Dr. Stacy Michael Olliff of Atlanta, GA, a grandson, Chase Brennan Deason, and the mother of his children, Janet Spivey Olliff of Statesboro. He is also survived by the Spivey family and many nieces and nephews. Mike loved his family and friends, as he was always known as being a true friend and the nicest, most kind person in any endeavor. We all know he loved sports, especially his Clemson Tigers. He was truly one of a kind and will be missed greatly. The family will receive visitors on Wednesday from 5:00pm until 7:00pm at Joiner-Anderson Funeral Home in Statesboro. The funeral will be held on Thursday at 11:00am in the chapel of Joiner-Anderson with Reverend Jody Bryant officiating. Interment will follow at Eastside Cemetery. The family requests that in lieu of flowers donations be made to the Veterans Administration through the internet link https://www.va.gov/OGC/GiftsToVA.asp . Friends may sign the online register book at www.joineranderson.com Joiner-Anderson Funeral Home & Crematory of Statesboro is in charge of arrangements.

Michael &#8220;Mike&#8221; Benjamin Olliff, age 73, passed away quietly with his loving children at his side on Friday, January 22nd 2021 at East Georgia Regional Medical Center following a brief hospitalization due to a chronic medical illness.... View Obituary & Service Information

The family of Mr. Michael Benjamin Olliff created this Life Tributes page to make it easy to share your memories.

Send flowers to the Olliff family.