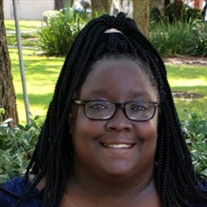 Portal, Georgia Mrs. Opal Alicia Mansir, age 39, died Thursday at her residence. The Augusta, Georgia native was a 2000 graduate of Portal High School. Following high school, she attended Ogeechee Technical College where she graduated with a Pharmacy Technician degree. She then worked with Rite Aid in Sylvania for several years and transferred to the location in Metter, which later became Walgreens, where she was employed at the time of her death. She was a member of Believers Church of Statesboro where she was active in the children’s programs. She was preceded in death by her mother, Gloria Smith Frisonand and mother-in-law Darla Torrence. Surviving are her husband of 11 years, Jimmy Mansir of Portal; three children, Trinity Frison, Jasmine Mansir and Reagan Mansir all of Portal; her father and step mother, Henry Lee Frison, Jr and Glenda Frison of Portal; two sisters, Renee Frison and Tan Frison both of Portal; four brothers and sisters-in-law, Damien and Ciera Frison of Statesboro, Mark and Karen Frison of Baton Rouge, LA, Michael and Devin Frison of Gainesville, FL and Antonio and Brittany Frison of Statesboro; her paternal grandmother, Burdell Frison of Portal her brother-in-law Matt and Francene King of Metter, stepfather-in-law Dwillie Torrence of Portal. and many aunts, uncles, nieces and nephews also survive. The family will receive visitors on Monday September 6, 2021, from 4:00pm until 7:00pm in the chapel of Joiner-Anderson Funeral Home in Statesboro. Funeral services will be Tuesday at 11:00am in the chapel of the funeral home with Pastor Scott Moore officiating. Interment will follow in Eastside Cemetery in Statesboro. Services are streamed using Facebook Live through a private group. Only members of the group will be able to view the service. In order to view the service, log into Facebook on your phone or computer and join the group “Joiner-Anderson Live Stream” at: https://www.facebook.com/groups/jafhlive/ If you have any questions; please contact the funeral home @912-764-7725. Friends may sign the online register book at www.joineranderson.com. Joiner-Anderson Funeral Home & Crematory of Statesboro is in charge of the arrangements.

The family of Mrs. Opal Alicia Mansir created this Life Tributes page to make it easy to share your memories.

Send flowers to the Mansir family.