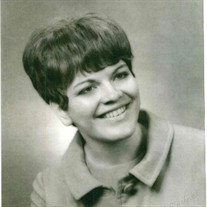 Dr. Sharon Tracy, age 78, of Statesboro, GA passed away on Wednesday, March 23rd 2022 at Ogeechee Area Hospice inpatient facility. Sharon, affectionately known as “Doc”, was born on October 13th 1943 in Decatur, IL to Margarette (Hinton) and Roy Farrell. She received her Bachelor’s Degree in Political Science and English from Southern Illinois University in Carbondale, IL and taught English and Special Education for three years in Illinois. On June 15, 1968, Sharon married Russell Tracy. They lived in Las Vegas, Nevada and Dr. Tracy worked with four governors over a 17-year period in the area of state welfare and mental health. She received a Master’s Degree in Public Administration from the University of Nevada, Las Vegas and taught criminal justice classes at UNLV. She then attended the University of Southern California where she earned a Doctorate in Public Administration. Dr. Tracy and her husband moved to Statesboro, GA in 1989 and she taught criminal justice and the graduate program in Public Administration at Georgia Southern University. She co-authored Youth Gangs in America and retired from GSU in 2014. Dr. Tracy was preceded in death by her parents, her husband, Coach Russell Tracy, her sister, Kathy Ruebel, and her step-daughter, Kathie Tracy. She is survived by her niece, Meghan Ruebel of Colorado, her nephews, Matthew (Yvonne) Ruebel of Texas, and Christopher (Kelly) Ruebel of Illinois, and her step-daughter, Debbie (Philip) Merrell of Washington. The remainder of her family are the many students and their families she mentored and followed through their lives. Visitation will be held on Monday from 9:00am until 10:00am at St. Matthew Catholic Church in Statesboro. The funeral mass will follow at 10:00am with Father John Johnson officiating. Interment will be at 1:00pm at the Georgia Veterans Memorial Cemetery in Glenville, GA. Pallbearers will be Robert Cox, Mike Hatchett, Dr. Russell Keen, Phillip Merrell, Kenny McDonald, and Shelby Griffin. Honorary pallbearers will be Dr. Wayne Krisinger, Adam Kennedy, John Edwards, Mike Hall, Dr. Saba Jallow, Dr. Brett Curry, Dr. Trent Davis, and Ken McClellan Friends may sign the online register book at www.joineranderson.com Joiner-Anderson Funeral Home & Crematory of Statesboro is in charge of arrangements.

The family of Dr. Sharon Kaye Tracy created this Life Tributes page to make it easy to share your memories.

Send flowers to the Tracy family.