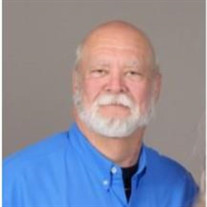 Mr. Steven William Champion, 65, of Statesboro passed away Saturday, September 11, 2021, at home. He was the son of John C. Champion Jr. and Lorraine Weber Champion. He was the youngest of three children. He was born and raised in the Atlanta area where he attended Avondale High School. He also graduated from Georgia Southern University with multiple degrees. He was involved with the Tau Kappa Epsilon (TKE) Fraternity, with his chapter being Lambda Upsilon. Throughout the years he hosted many events that benefited charities including Children’s Miracle Network. He was well known for doing community outreach with Walmart. In later years he found his passion by volunteering with the Bulloch County Fire Department (Station 3). He was also a member of Register Baptist church where he touched many people’s hearts. His family was his rock and his children were the apple of his eyes. He is preceded in death by his parents John C. Champion Jr. and Lorraine Weber Champion and Father in Law, Wilton L. Powell. He is survived by his beloved wife, Deborah Powell Champion of Statesboro, GA, his daughter Mikala Champion and fiancé Ashton Steele of Statesboro, GA, his son Michael Champion of Statesboro, Ga, his mother-in-law, Ronnie J. Powell of Collins, Ga, extended family, James McClain of Statesboro, Ga, his sister Pam Price from Odessa, TX, his brother Wayne D. Champion (Carolyn), nieces Megan and Sarah Champion all of Loganville, Ga and his nephew David Champion (Shalene) of Decatur, Ga. There are also two great nieces and one great nephew, aunts, uncles, and cousins. He was also a mentor and father figure to many throughout the years. Visitation will take place Thursday, September 16, 2021 from 5pm to 7pm at Joiner Anderson Funeral Home. Service will take place Friday, September 17, 2021 at 2:00 pm at Joiner Anderson Funeral Home Chapel followed by graveside service at Cedar Creek Primitive Baptist Church in Collins, Ga. Pallbearers will be firefighters of station three Jason Taylor, Tyler Reid, Vince Moore, Brad Hagan, Glen Mannly Jacob Mcglamery, Randy Cooper, Cameron Reese, Dante Williams and Andrea Williams. The family asks that attendees follow all COVID-19 guidelines, masks and social distancing. In lieu of flowers the family asks that donations be made to Bulloch County Fire Department 17245 Highway 301 North Statesboro, GA 30458, in memory of Steve Champion #3399 or to the Children’s Hospital of Georgia 1446 Harper Street, BT 1842 Augusta, GA 30912 in memory of Steve Champion or your local CMN Hospital Online donations: https://www.augustahealth.org/give/childrens Services are streamed using Facebook Live through a private group. Only members of the group will be able to view the service. In order to view the service, log into Facebook on your phone or computer and join the group “Joiner-Anderson Live Stream” at: https://www.facebook.com/groups/jafhlive/ If you have any questions; please contact the funeral home @912-764-7725. Friends may sign the online register book at www.joineranderson.com Joiner-Anderson Funeral Home & Crematory of Statesboro is in charge of arrangements.

Mr. Steven William Champion, 65, of Statesboro passed away Saturday, September 11, 2021, at home. He was the son of John C. Champion Jr. and Lorraine Weber Champion. He was the youngest of three children. He was born and raised in the Atlanta... View Obituary & Service Information

The family of Mr. Steven William Champion created this Life Tributes page to make it easy to share your memories.

Send flowers to the Champion family.