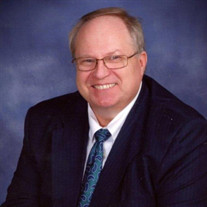 Statesboro, GA Dr. Theodore Pierce Dickens, DMA, age 60, died on Saturday, January 9, 2021 at East Georgia Regional Medical Center. Pierce grew up in Hazlehurst GA attended Jeff Davis High School and graduated in 1978. He attended Brewton Parker College and graduated with a BA in Music Education. He obtained a Masters of Music in Piano Performance in 1984 from Georgia State University and received his Doctorate of Musical Arts in Organ Performance in 2001 from the University of Alabama. Pierce taught at Brewton Parker College from 1984-2008. He joined the faculty of Georgia Southern University in 2010 and was adjunct instructor of organ, piano and music theory. Pierce is active as a church musician, accompanist, and clinician. He was a member of the First United Methodist Church of Statesboro. Pierce has appeared as organ soloist with The Augusta Symphony Orchestra and has been the featured organ recitalist as the Georgia Music Teachers Association annual conference. He served as accompanist for several Georgia Baptist festivals including the Georgia Baptist Music Conference, the annual meeting of Georgia Baptist Convention, the annual meeting of the Alaska Baptist Convention, and in solo and collaborative recitals in Georgia, Alabama, and Mississippi. His performances have been broadcast on Georgia Public Radio and Alabama Public Radio. He served as organist for The First United Methodist Church of Statesboro and has a collection of hymn arrangements for organ in print. He was a member of the American Guild of Organists, Organ Historical Society, Georgia Music Teachers Association, and Music Teachers National Association, Pi Kappa Lambda, and is included in the list of 2000 Outstanding Musicians of the 20th Century and the Who’s Who Among America’s Teachers. Surviving is his wife of 36 years Tammie Akins Dickens; a son and daughter-in-law Matthew and Jennifer S. Dickens; a brother-in-law and sister-in-law Wayne and Kristen Akins; his mother-in-law Myrtis Akins all of Statesboro; He was preceded in death by his father Thomas Dickens and his Aunt and Uncle whom became his adoptive parents Ted and ILAH Woodard. A visitation will be held on Monday from 4:00 p.m. until 6:00 p.m. at Joiner-Anderson Funeral Home. The funeral service will be held on Tuesday at 11:00 a.m. at the First United Methodist Church of Statesboro with the Rev. Dr. Scott Hagan and Rev. Jimmy Cason officiating. He will lie in state one hour prior to the service. www.statesborofirst.com/stream. Pallbearers will be John Tucker, Steven Harper, Lee Walker, William Amponsah, Russ Lanier, Joe Akins and Bill Akins. Interment will be in Bulloch Memorial Gardens. The family requests that memorial contributions be made to First Methodist Church Music Ministry 101 South Main Street, Statesboro, GA 30458. Friends may sign the online register book at www.joineranderson.com. Joiner-Anderson Funeral Home & Crematory of Statesboro is in charge of the arrangements.

The family of Dr. Theodore Pierce Dickens created this Life Tributes page to make it easy to share your memories.

Send flowers to the Dickens family.