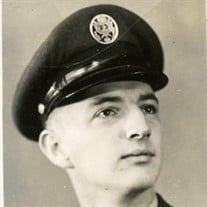 William Henry Stradling, Jr., 84, passed away at 7:20 AM on Monday, February 1st, 2021 after battling Covid-19 and subsequent pneumonia. He was born September 21,1936 in Englewood, New Jersey to William Henry Stradling, Sr. (1896-1967) and Ella Elizabeth Marquardt Stradling (1903-1966). He was the youngest of 4 siblings, all deceased, who include Marion Agnes Stradling Cypher, Alice Ruth Stradling Johnson, and Walter William Stradling, Sr. He was the proud paternal nephew of the late cinematographer Henry (Harry) A. Stradling, Sr., winner of two Academy Awards (Oscars for The Picture of Dorian Gray and My Fair Lady) and nominated for twelve, and the late Richard Stradling. He was also the great nephew of Mary Pickford’s cameraman, Walter Stradling. He grew up in Yonkers, New York. He attended Public School 14 for elementary school before graduating from Roosevelt High School in 1955. He was recruited for a local Junior Roller Derby, which he played as a teen while visiting relatives in California. He enlisted in the United States Air Force in 1955, where he was the clerk of Colonel Paul Warfield Tibetts, Jr. He was also stationed in the Azores. After leaving the Air Force, he attended business school and worked for IBM and American Tobacco before going on to open several businesses that became cornerstones of their communities. He owned and operated several snack bars and three restaurants: the Tastee Freez restaurants in Thomson, GA and Sylvania, GA as well as the Town House restaurant in Sylvania, GA. He also owned and operated B & B Lock and Key in Statesboro, Georgia for nearly 30 years before turning the business over to his son, William H. Stradling, III in 2014, who continues to run the business with his children. He was a member of the Statesboro First United Methodist Church. He is survived by his wife, Carmen Kay Stradling (nee Bolin), whom he married in 1958. They met on a blind date, had a whirlwind romance, and were happily married for 62 years. He is survived by two children, Kim Ellen Stradling Hulsey (spouse: Quinton Moore) and William Henry Stradling, III, both of Statesboro, Georgia. He is survived by three grandchildren, Dallas Ariel Hulsey Wong, of Reno, NV (spouse: Hongming Wong); Austin Elizabeth Hulsey Leone of Atlanta, GA (spouse: Nicholas Peter Leone); and Anne Marie Stradling Kelley (spouse: Edward “Austin” J. Dwight Kelley Jr.). He is survived by two great grandchildren, Luna Rose Marie Kelley and Edward Austin J. Dwight Kelley, Jr. He is survived by several nieces and nephews, Barbara Lee Cypher, Christian Lee Cypher, Gregory Penn Cypher, Walter William Stradling Jr., and Frederick Scott Stradling. He is survived by his good friends, including childhood friends Les and Sue Shanahan of Jamesville, Virginia, his friend Rondel Wallace Isbel of Lavonia, Georgia, as well as his friends Georgia, Farris, and Diana Tompkins of Statesboro, Georgia. He will be remembered for his fantastic sense of humor, his love of his family, and for doing things his own way - which turned out pretty good most of the time. The service will be held on Sunday, February 7, 2021 at 2:00 PM at Bulloch Memorial Gardens Mausoleum Chapel. Stephanie Smith of First United Methodist Church will be the officiate. Entombment will follow in the mausoleum. Friends may sign the online register book at www.joineranderson.com. Joiner-Anderson Funeral Home & Crematory of Statesboro is in charge of the arrangements.

The family of Mr. William Henry Stradling Jr. created this Life Tributes page to make it easy to share your memories.

Send flowers to the Stradling family.